Most Harmonious Greetings. Us is Illustrious Veloxi.

All the races are done… pop open that bottle of 1959 Dom Perignon that you have laying around!  Yeah, ignore the fact that I haven’t done the Mysterions yet… but they’re like a 5 minute job (just a bunch of colored spheres).  But all of the *hard* races are done.  Woo hoo!

The Velox turned out really well I think.  I basically started by looking around for free models of insects and came across a decent looking low poly ant one.  I imported it into 3D Studio Max and separated out the parts of the ant’s body into their own meshes so they could be animated using a simple method.  The only parts of the ant that has any rig and skin on it are the antennae.  I made the ant stand “upright”, created some robes for the ant to wear, replaced the eyes with bigger fly-like ones, and created the ship interior (background) from scratch.  I made everything as faithful to the original version as possible:

So here are some screenshots of the work in progress, and a video of how the ant… sorry, I mean Velox, looks animated in Unity. 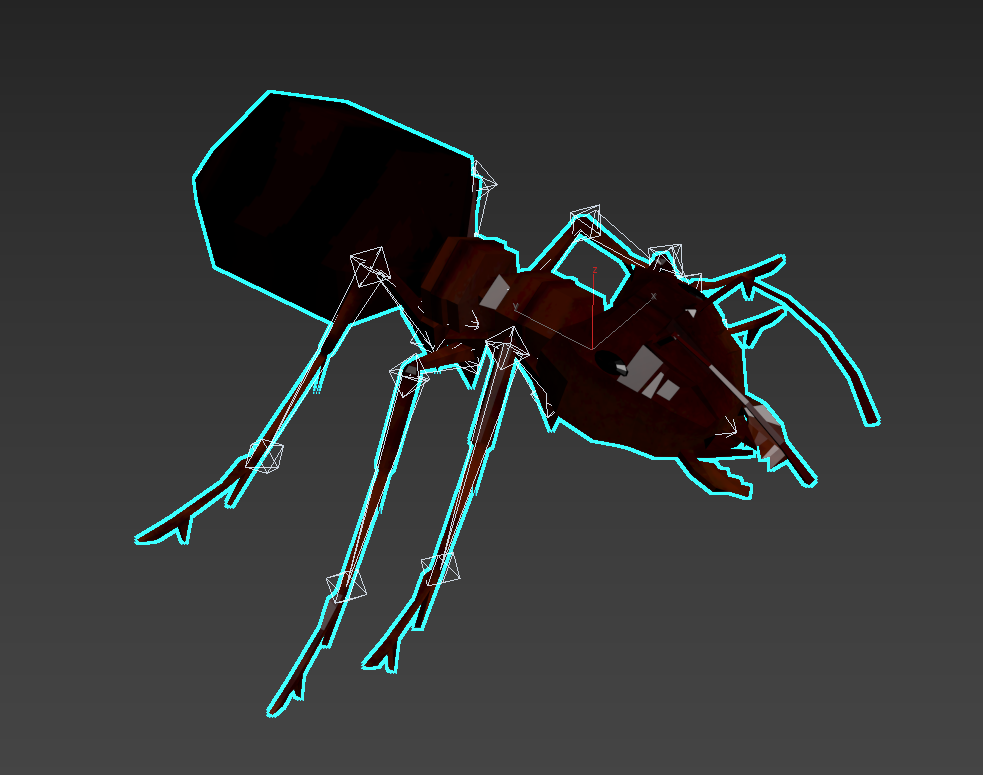 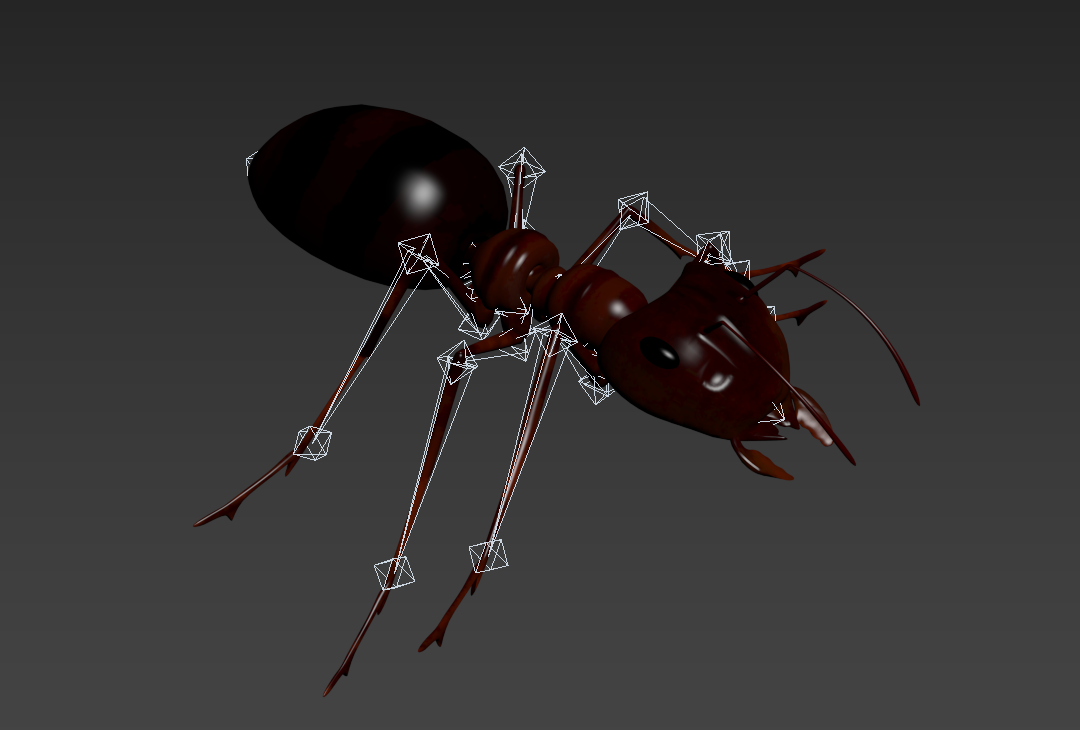 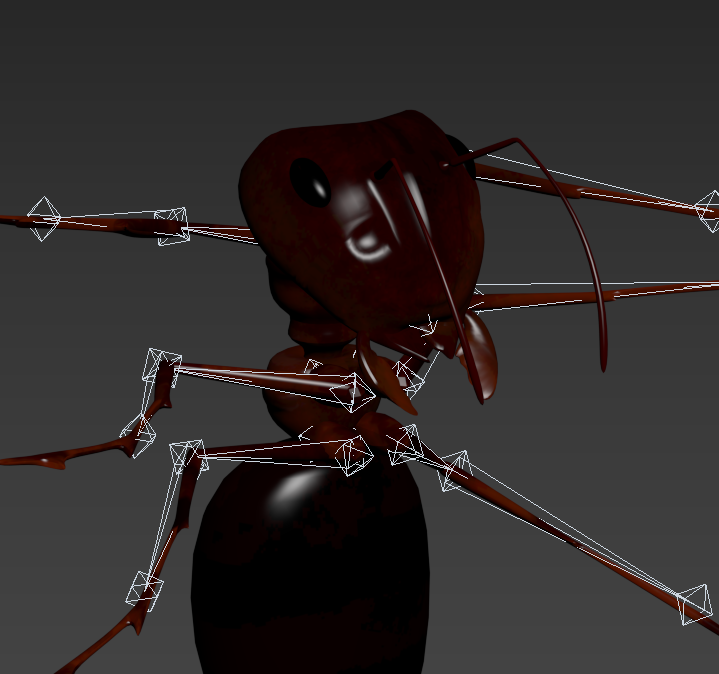 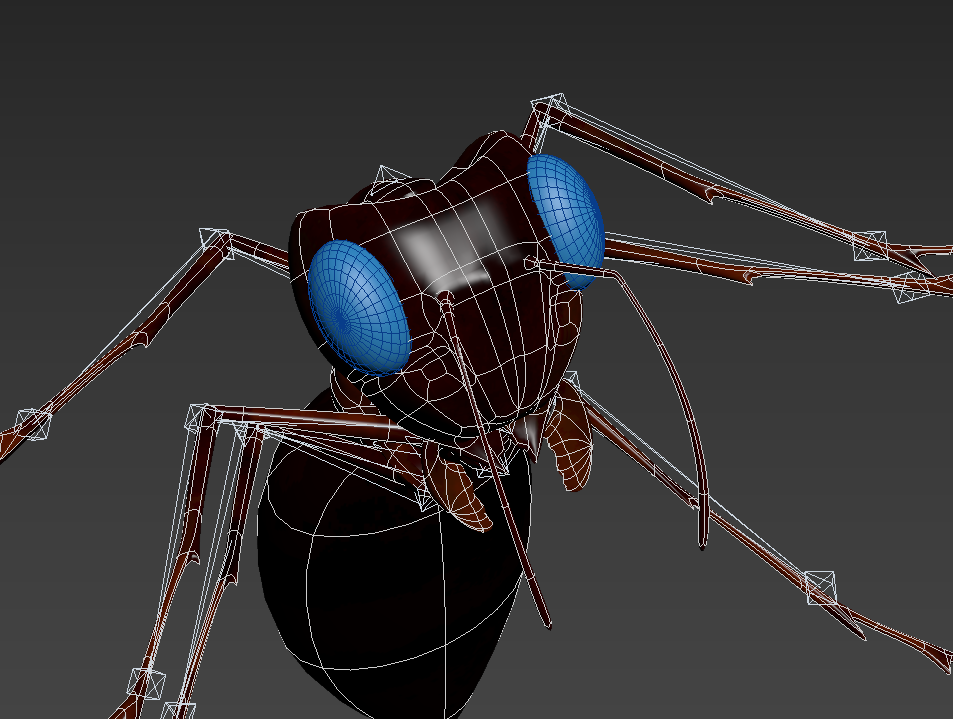 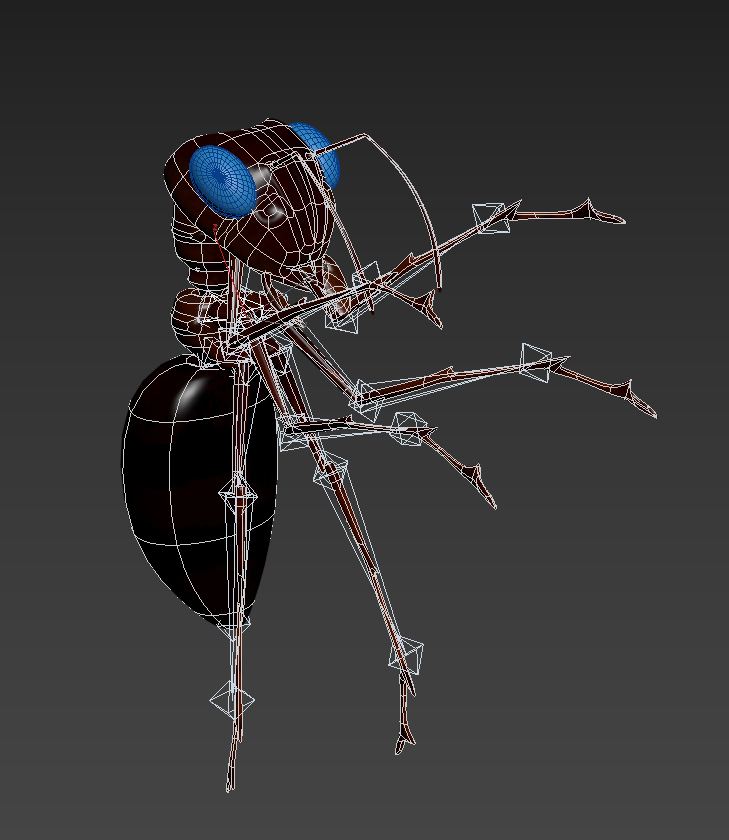 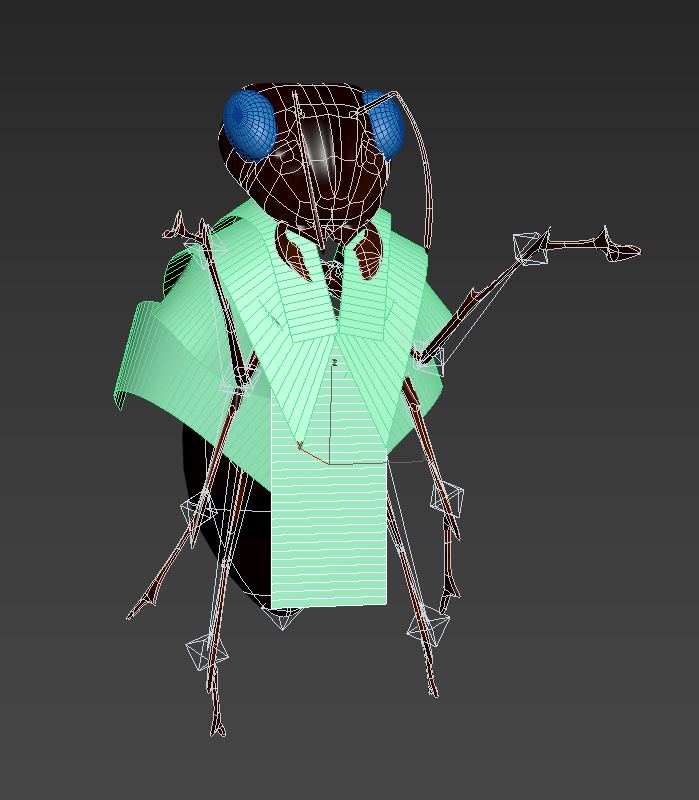