There are six doors on the Arth Starport.  They are Operations, Personnel, Crew Assignment, Bank, Ship Configuration, and Trade Depot.

I finished the Operations door.  Within this panel, there are three distinct screens – the “welcome” screen, the notices screen, and the evaluations screen.  I have not done the evaluations screen yet as that would require the player to recommend planets for colonization first.  The notices screen is completely done – I have all the notices game data set up and it will show the appropriate notices based on the last notice read by the player and the current stardate.

I changed the controls slightly to be more modern when reading the notices. 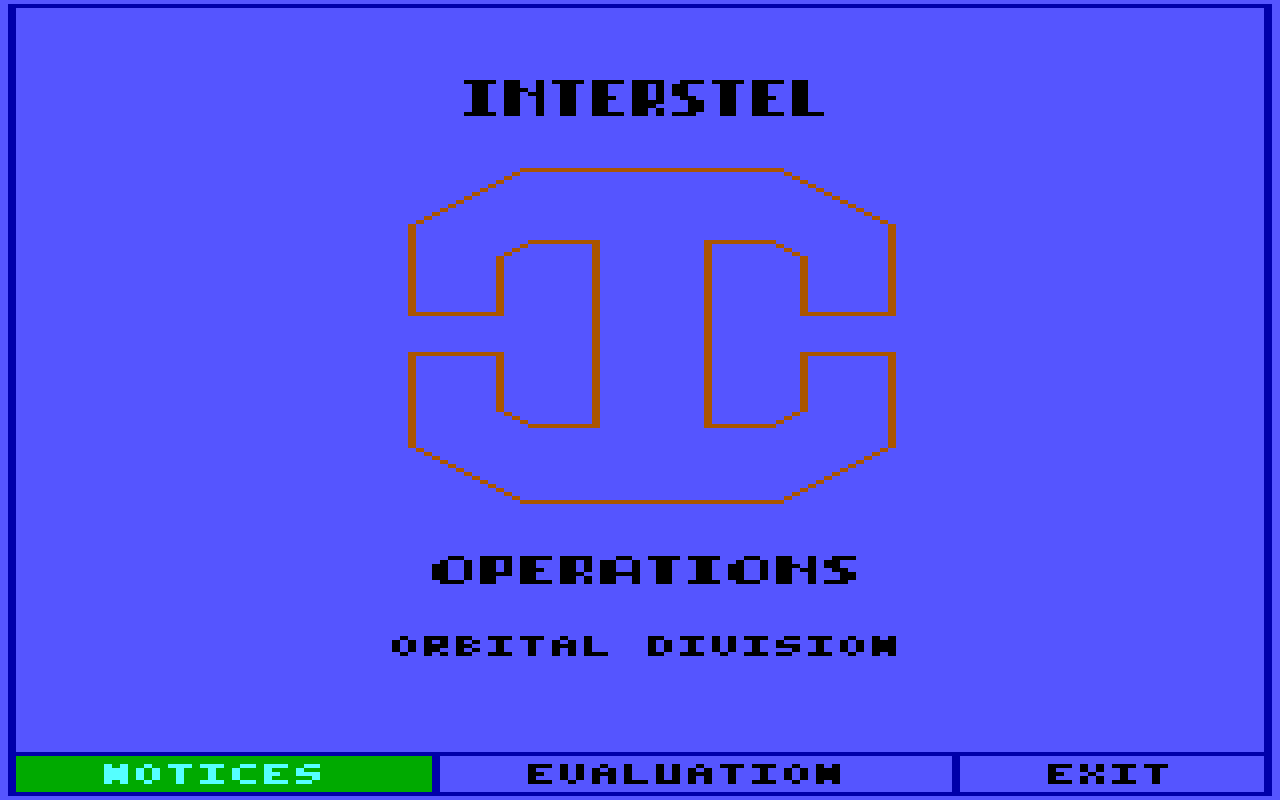 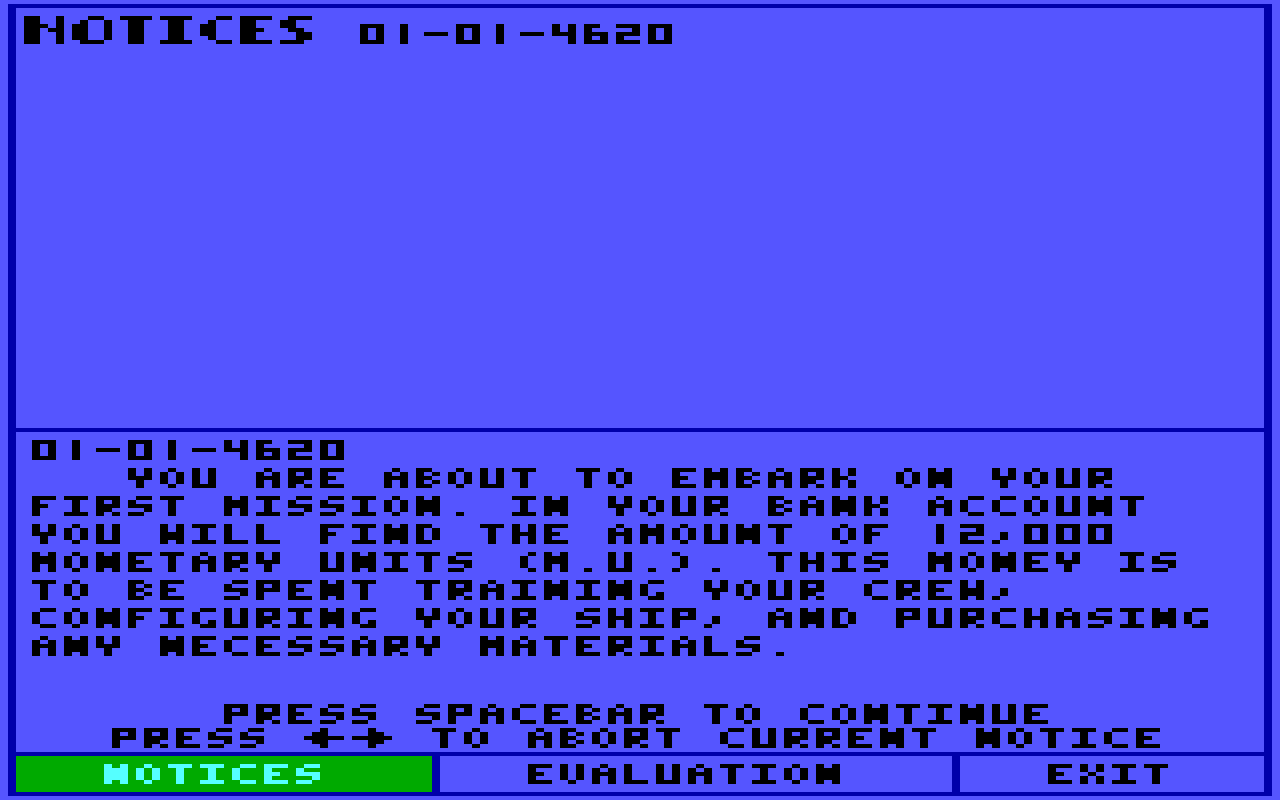 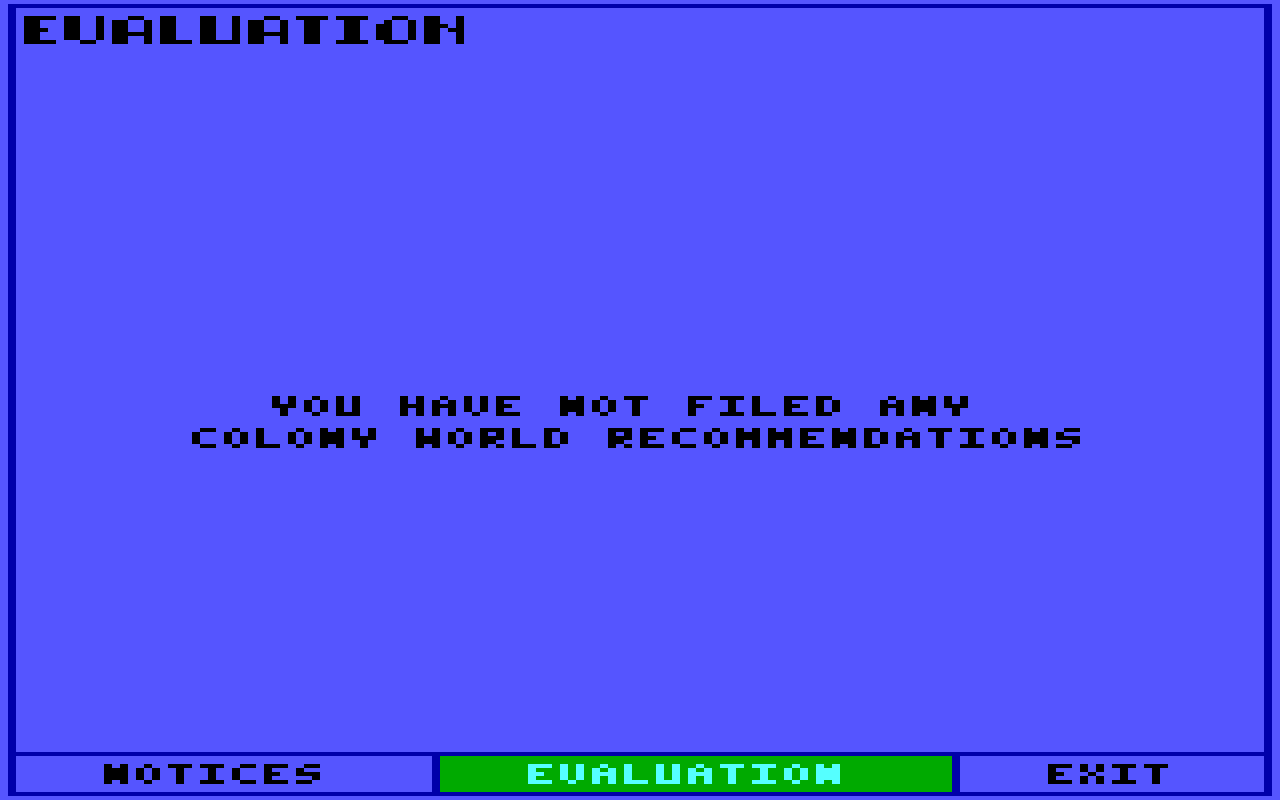 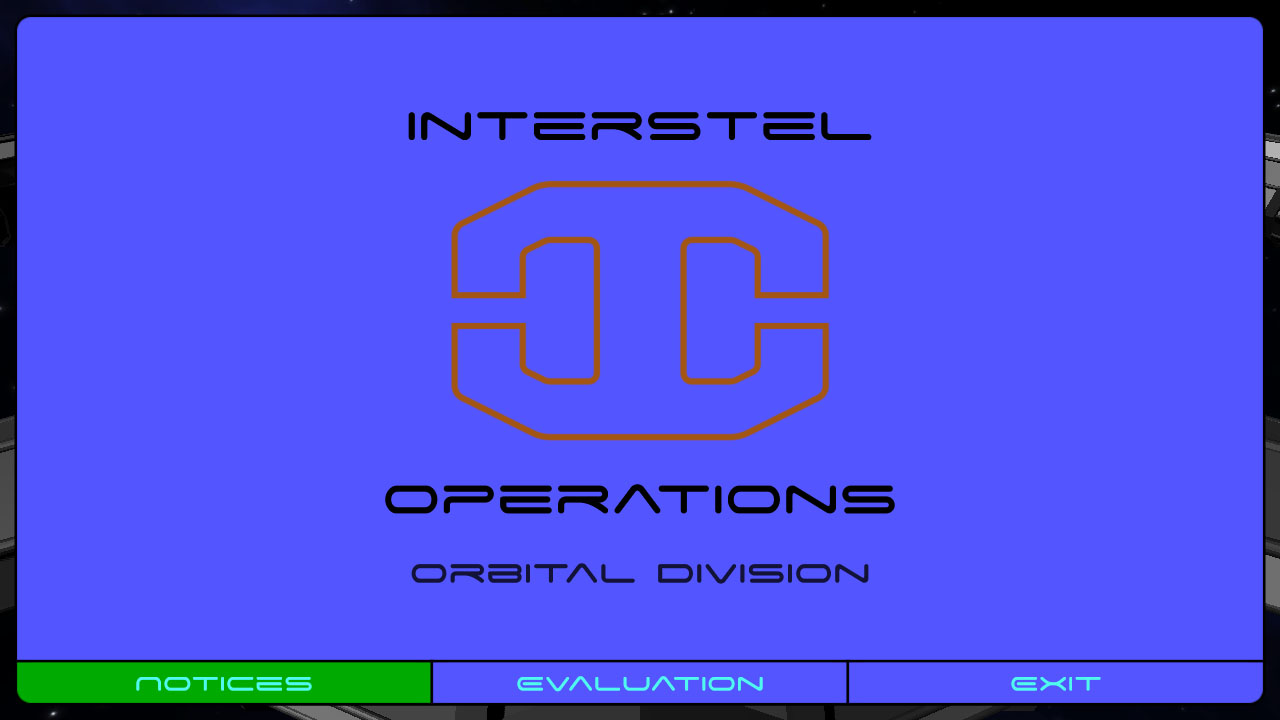 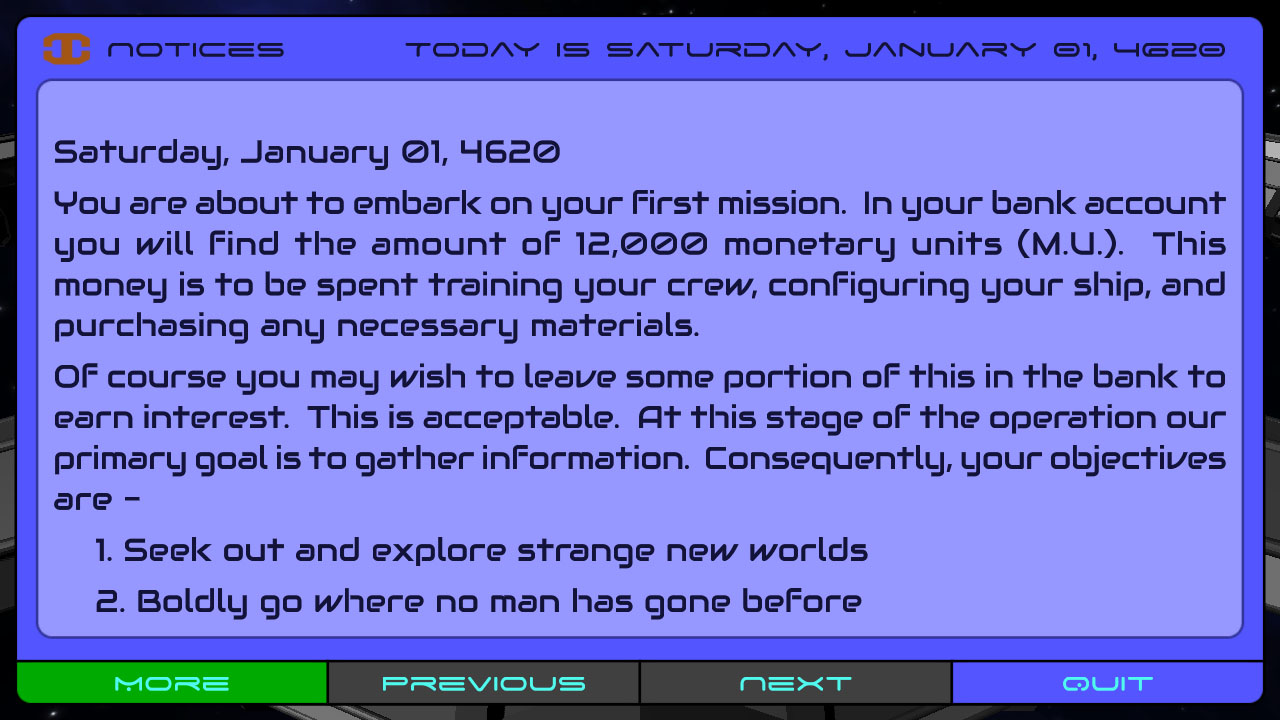 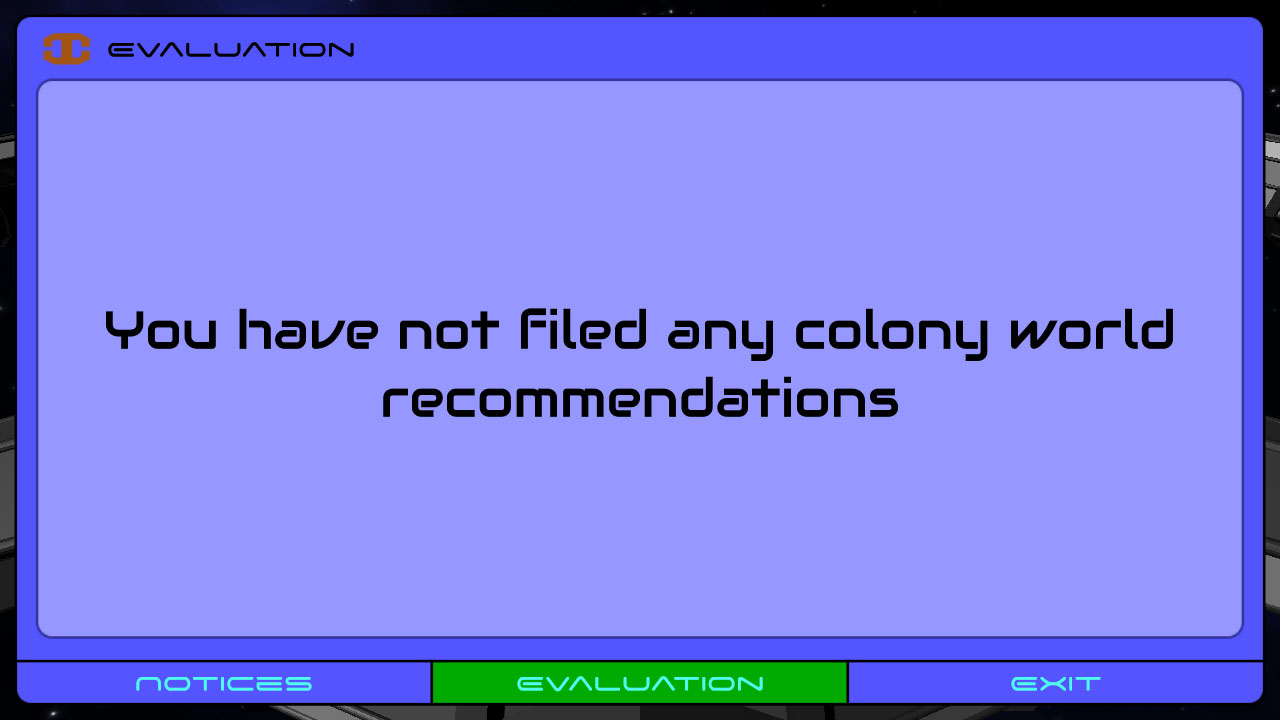 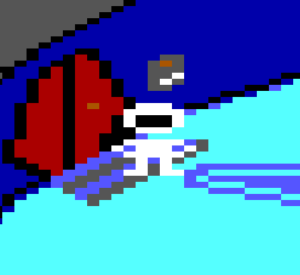 What I call “the astronaut” is the little guy in the original game that you make walk around the spaceport.

As mentioned in a previous post, I am pretty gosh darn good at architectural 3D modeling. However, my ability to model organic objects is really bad. So, when it comes time to do something about having a player model walk around the Arth Starport, I begged the Internet gods for a ready-made model that I could just drop into the game and use.

And the gods delivered.

On archive3d.net I discovered a model aptly named “Astronaut 3D Model” that is pretty decent, and already in the T-pose for rigging. I’m no expert at rigging character models, but it is something I know how to do. So, I imported the 3DS model into Max, fixed up the smoothing groups, rigged and skinned the model (badly), and exported it into the FBX format that Unity likes.  Oh, and I also assigned some material IDs to certain parts of the suit so I could at least have different colors on the suit and not have it be all white.

While the animations generally work well, the run animation does has a hitch in it, most likely from my bad rigging job. If anybody would volunteer to give me a better model and / or animations I would be more than happy to accept.  🙂

I spent quite a bit of time building the Arth Starport model in 3D Studio Max. It was a lot of fun. It was not hard to do at all – after all it’s just a bit of architecture and I’ve always been good at architectural modeling in Max. My primary goal was to make the station very recognizable. I eye-dropped the colors straight from the screen capture, and made the dimensions of the starport itself very similar. One thing I noticed about the starport in the original game, is that it was drawn quite incorrectly from a 3D perspective point of view. That made it a bit challenging to re-make, but I think I managed to do a decent job.

There are only two texture maps on the starport – the first one is the Arth logo which appears on one of the light gray outside panels, and the blue 6 pointed star that appears on the floor.  I made both of these in Illustrator.

The starport in the original game 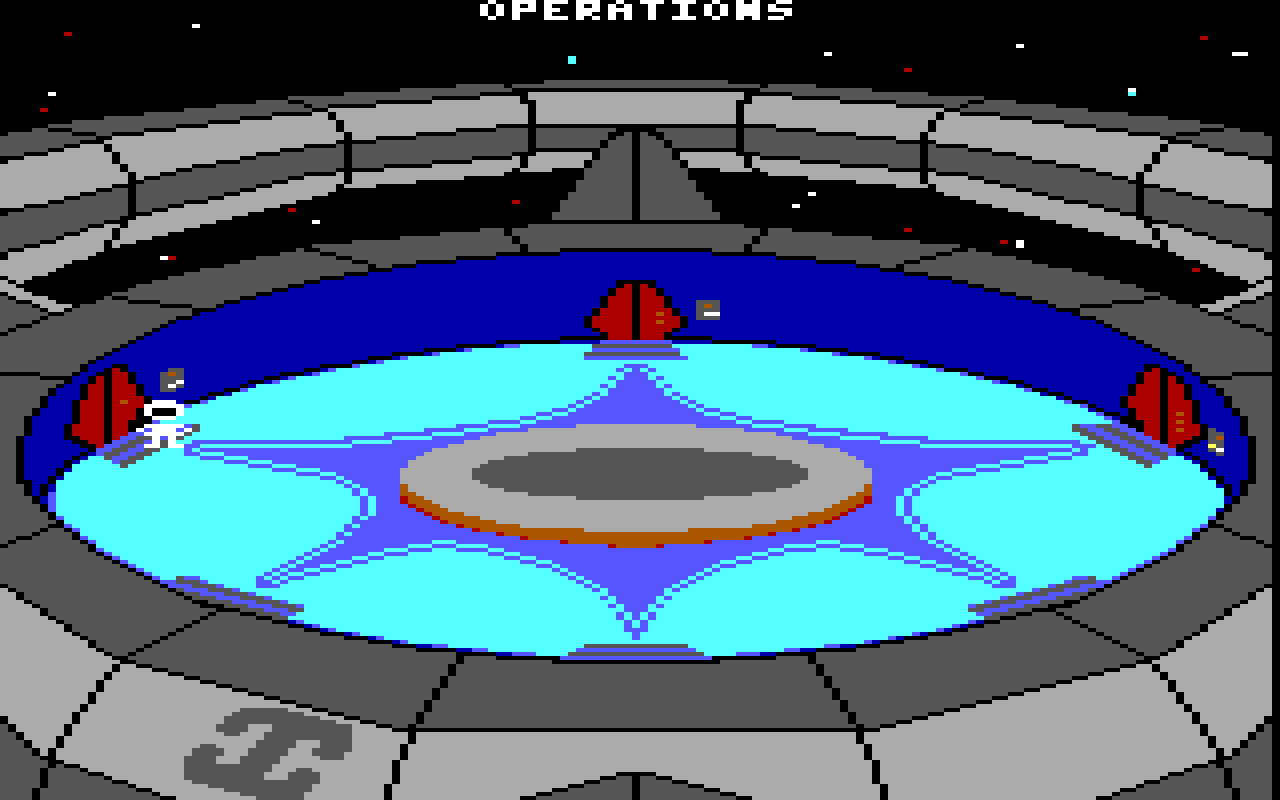 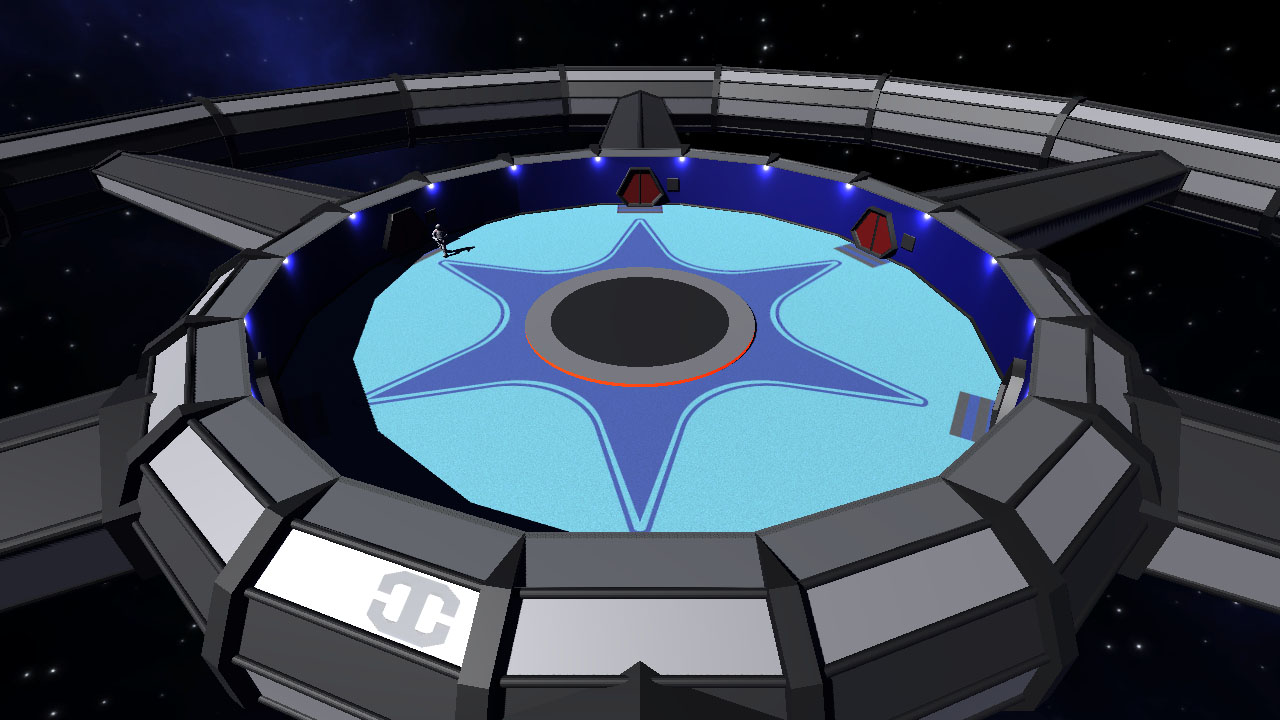