Yesterday, I spent most of the time updating the game data for the Starflight remake.  Huge thanks to Daniel Blakeley of Australia for finding planetary surveys that were done as part of an SF3 fan project.  These planetary surveys included stuff like the orbit number, mass, bio-density, mineral density, atmosphere, hydrosphere, lithosphere, gravity, temperature, and weather of every planet in the SF1 universe.  Well, except for four of them – not sure if they are special or inaccessible planets or what.  But this was a huge time saver for me.  I have already incorporated this data into the game data file that I use for my remake.  Here is the link to the game data file if you are interested:

I have also updated the code to scale the size of each planet model up based on the amount of gravity the planet has.  So, gas giants are now big and rock planets are small. 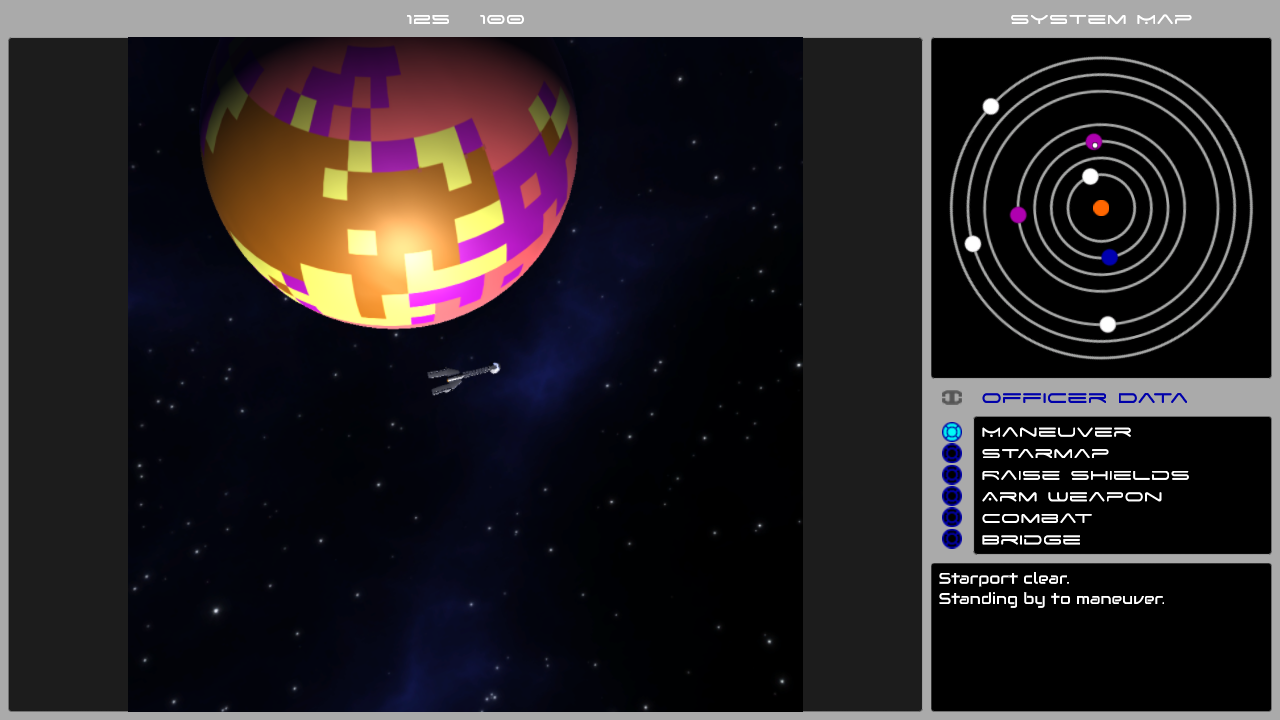 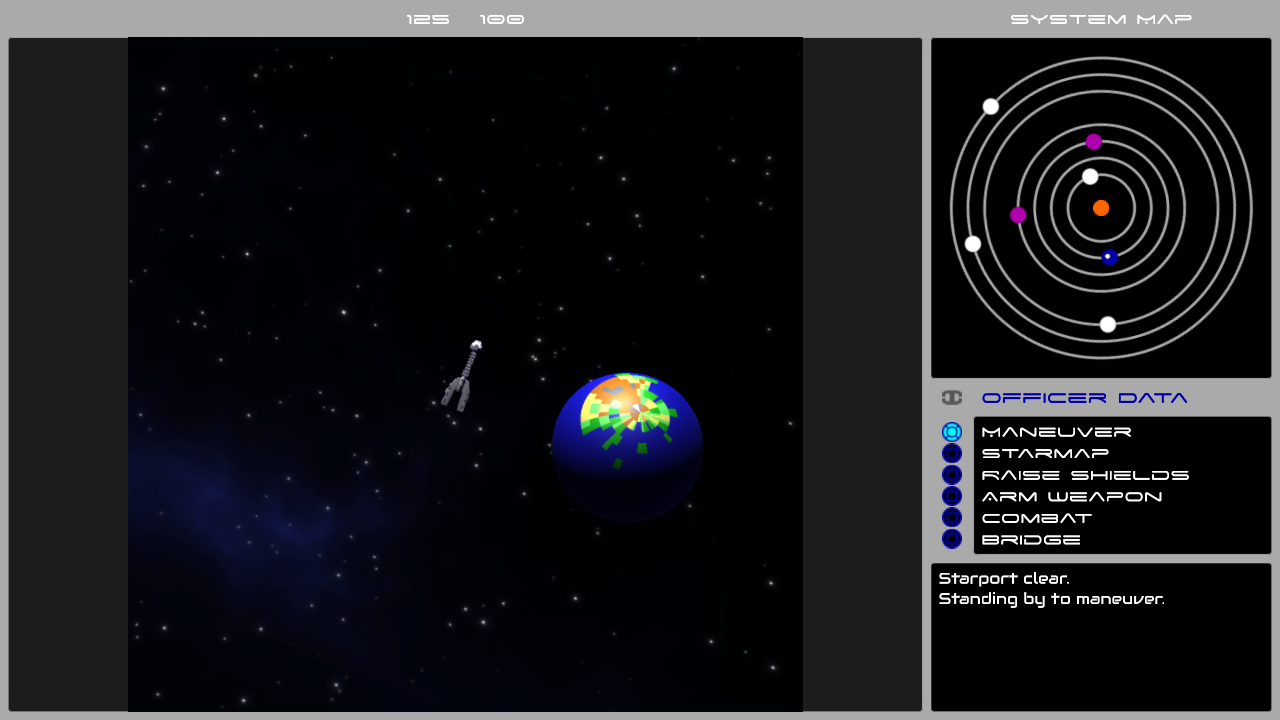 Since I came back from vacation I worked on a few things in my Starflight 1 remake.

The first thing I worked on was the star effect – you know, the really bright thing at the center of each solar system.  I think I made something cool.  I actually re-used some code that I developed for a different project for a different company about 15 years ago.

Then I also created the very beginnings of the planet terrain generator.  Right now, all it does is load very coarse bitmaps created from screenshots taken by people helping me out.  Eventually, using those bitmaps as a starting and reference point, my remake will create beautiful modern life-like planets.  But for now, it’s just the raw original screenshot image.

I also refactored the code quite a bit – it’s a lot cleaner now.  Oh yeah, the planets also actually orbit around the star and rotate about its own axis (with a tilt, even!)  It does this at a compressed time of roughly 50 real hours = 1 game year.

Take a look at the video and let me know what you think!

We can now fly around. Nothing to see yet except for space dust. The next step is to update the system overview with the proper number and orbits of the planets in the current system, as well as create 3D models that we can fly around and see. I also need to build some sort of solar system coordinate system.

I also want to see if I can somehow “roll” around the skybox as we move the ship, just so the space background changes somewhat instead of being completely static.